I arrived back from my cycle tour on Thursday - last week. I could barely move. The route was about 250 miles although I've yet to work out the final mileage. It went entirely to plan though - I got to all my accomodation as planned - and usually earlier than planned.
The extremely hot weather took me a bit by surprise though, and I wasn't ready - carrying around a great heavy fleece that I never wore, and a rain mac that I never needed.

noah and the whale

Looks like a band I reviewed over a year ago have a hit on their hands. Personally, I can't stand it - its twee mobile phone advert fodder as far as I'm concerned and irritates me in its middle class - cute and 'clever' smugness. 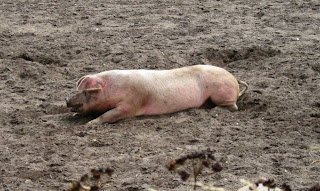 I don't normally do this sort of thing, but always have wanted to.

As I'm not having a holiday this year - just like last year - I've decided to have a short break in Suffolk on the back of the Dunwich Dynamo. The Dun Run is tonight and as always I'm eating my way through endless packets of couscous so I have the energy stored to complete this 200km ride.

Sunday night - I'm booked into the Blaxhall Youth Hostel. Monday night I've booked a campsite in Rendlesham Forest where I shall be desperately looking for UFOs. Tuesday night I'm at another YHA, this one near Harwich. On Wednesday I have to cycle 50 miles to book into the YHA at Epping Forest - its about to close down - I'll be one of the last people to stay there.

This will allow me the chance to cycle around the suffolk coast for a couple of days, a little bit of cycling round Rendlesham Forest, a tootle across Essex mostly following the DD route, but during daylight, and finally I'll be heading back in to London on the Lee Valley route, into The City, across the Thames, and home.

The First rest stop, and the last garage stop

It was tough this year - and nothing to do with the weather as conditions were perfect. It's the least fit I've been since I did my first one, so I struggled. I also got pretty hot once the sun was up after 7.00. but that's no excuse I should have finished by then.
At the beach I had a coffee, sent some texts, and then walked out to the beach to get two hours kip. Once I awoke I ached so bad I really wondered what I was goign to do next. There was to be no car to pick me up this year - I hadn;t even bought a coach ticket. I was cycling back to London. I was fucking mad! Anyway once the panic subsided I realised I only had to make it 20 miles to Blaxhall that day, then I could get some more sleep. And beer.
Once I got going I was OK. I went slowly - I had to. Stopped at Leiston Abbey for lunch and a look round. Then it started to get hot and it was harder. I stopped often. Once to say hello to some pigs, who also seemed pleased to see me. Then past Snape Maltings, I knew I was nearly there. Into Blaxhall, although I thought for a minute I wasn't going to find it - the signs are very misleading. The YH was shut when I got there, and more importantly, so was the pub. So I went off to have a shit behind a tree, and then drank some beer in the YH garden, until 5.00. Paid, collected keys, put bike in shed, unpacked bags, ate some quiche, and fell asleep in reception until midnight when some chap I didn;t know woke me up so I could go to bed. 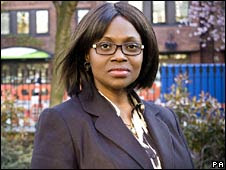 God bothering bigot - London's full of them
I'm thinking of starting my own religion. That way I'll be able to indulge all my private bigotries with the full support of the law. Let's see - who do I hate? Taxi drivers, white van drivers, City lawyers, motorcycle couriers, heavy metal fans, French people, Americans, Christians... I could really have a field day - like those bigots in the Christian churches who hate gays. This is an article from the BBC - edited because it was too long.
Registrar wins same-sex tribunal

Miss Ladele said she was accused of being homophobic
A marriage registrar was harassed for refusing to conduct same-sex ceremonies (her job!! - catnote) , a tribunal has ruled.
Lillian Ladele (said homophobe - catnote), who said the civil partnership ceremonies went against her Christian faith, hailed the decision as a "victory for religious liberty (bigotry)".
The tribunal ruled that Miss Ladele was discriminated against on grounds of religious beliefs and was harassed.
Islington council said it was "disappointed" and was considering an appeal against the ruling.
'Wider implications'
"Gay rights should not be used as an excuse to bully and harass people over their religious beliefs," she said. (But religion can be an excuse for being a bigot and not doing your job - catnote)
Gay rights campaigner Peter Tatchell said the ruling was a "dangerous subversion" and a "violation of human rights".
"Lillian Ladele claims she has won a victory for religious liberty. No, she has not. She has won a victory for the right to discriminate," he said.
"Public servants like registrars have a duty to serve all members of the public without fear or favour. Once society lets some people opt out of upholding the law, where will it end?"
Condemning the "catastrophic judgement" the National Secular Society said: "This decision appears to show that religious rights trump gay rights and that should leave gay people quaking in their boots."
Tatchell is right. I wonder if she's been consistently christian in the choices she makes about who she will marry or not? After all - people who have had sex outside marriage, or have been married before should be shunned too. Or is it just gay people she hates? I think I know the answer here.
No comments: