new room, therefore new bedding and gradually, i will get around to ditching the male and embracing the female 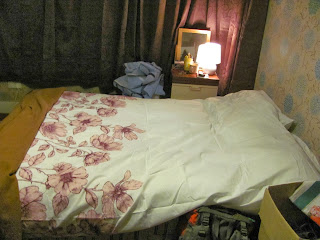 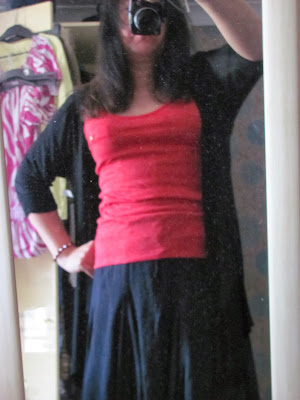 Tried this top with my new bra....
No comments: 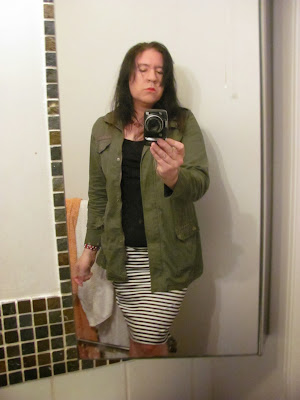 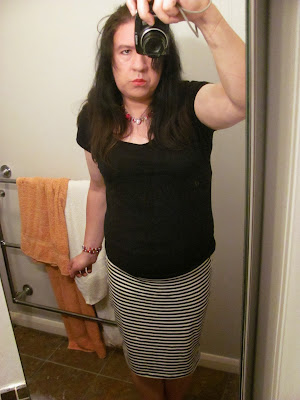 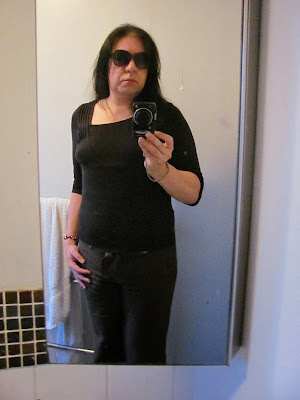 Been trying out androgynous looks lately - well, i have blogged about it before. This is the latest which I have worn out - notably to work.

But today was a landmark day in my life as it was the day that I finally outed myself to my flatmate. Who is also my landlord. Now I fully intend to be Stella at home all the time. All the time....

The outing wasn't quite as epochal as all that.. I've posted a bit on Facebook about it - which he's seen and he'd already worked out that i had a "secret" wardrobe... even caught me dressed on one occasion. what was new though was my coming out as trnasgnder, not a simple cross-dresser, he was surprised that I was seeking gender reassignment, but very supportive all the same. I got lots of questions from him about that...

It'll take some time getting used to it - I'm still very nervous to be dressed openly. although the least girly my clothes the better i can handle it.

Everything happens for a reason and this has been one long process of things happening just as they are supposed to happen. Me being free to be Stella at the start of the year, last summer's opportunity to go out dressed with my then girlfriend, and her more than positive acceptance of me being dressed whenever i wanted to in her presence...then my trip to Wales to meet J. who treated me entirely as a woman, as a friend. It's the first time I ever had a relationship (in the broadest sense, as the word also includes friendship) with a woman that did not involve me being male, and my maleness being my defining factor.

Also the friendships I struck up with t-girls along the way has been invaluable. There's nothing like getting out there.. and only a T-girl can give you the right balance between approval and reality check!!

Even my weight loss has come along at exactly the right time. though I've had to shed a lot of clothes, I probably needed to anyway as my wardrobe was - shall we say - eccentric to say the least. Now I buy with a view to wearing out in the real world. No more Liz Indoors. now I'm super Stella!!!
No comments: