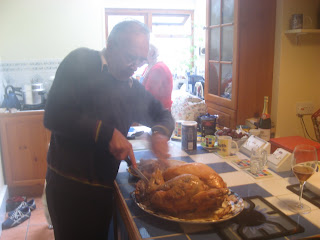 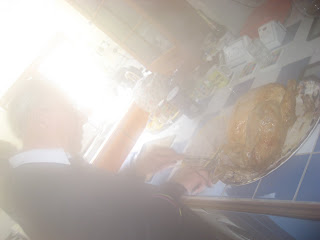 It got a bit steamed up....and the Ronnie was quite excited about the whole thing. 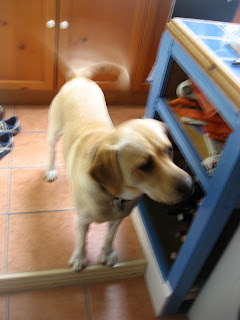 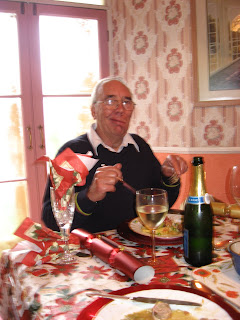 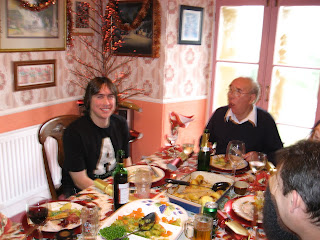 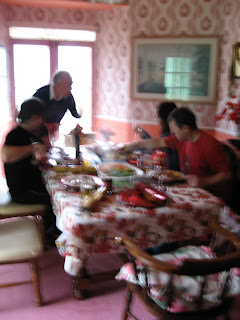 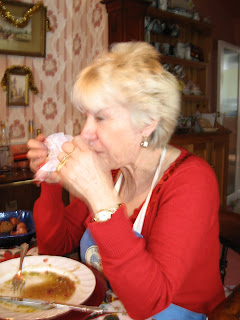 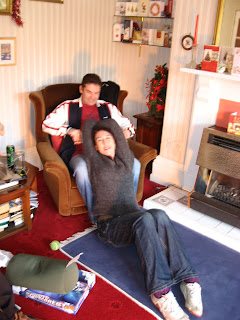 
Starring: David Bowie, Rip Torn, Candy Clark
Director: Nicolas Roeg
Certificate:
I first saw this film as a child, on a small black and white tv around 1980 when I was a fanatical Bowie fan. And Bowie's presence in this film is essential - even when I read the original novel I needed to imagine Thomas Jerome Newton as David Bowie. Without Bowie its easy to imagine that this film would have been much less interesting. But with Bowie, a whole new area opens up. TJN is Bowie. A man nervous of his new found fame and noteriety. A shy and private man necessarily thrust into the spotlight in order to acheive his mission on earth.
Bowie was imploding at the time. Drugs, rock n roll and a tremendous amount of sex was having an impact on his health, physical and mental. This film acts as a full stop to that period in Bowie's life, just before he relocated to Europe - his Berlin period. He should have used this as a full stop to his actiong career too. we would have remembered him for his one magnificent and eccentric performance.
This is not only Bowie's finest perfomance, but also, Candy Clarke's performance as TJN's girlfriend/wife is probably the best of her career. There's the peeing scene when she sees Tommy without his makeup and contact lenses; a study in pure terror. Then she loses her grip on sanity and becomes batty and middle aged. All convincingly acted.
The story - not all that complicated really, although many people become confused and consider it to be weird. But you do have to pay attention - easier if you have a pause and rewind button.

Go on give it a shot. You'll either love it or hate it
No comments:

It's still here. Excellent. Its been about six months since I even looked in here, let alone posted.
S is in Lithuania getting some extremely cheap health treatments, and I'm engaged in renovating our house so we can let it in January. I've already found a couple to move in. Yesterday (my birthday) I had the plumber in to fix all the leaks, connect up the kitchen sink, and put a new ball thing into the water tank so it doesn;t make a horrible noise any more.
Some time ago I discovered wippit. I've been subscribed for about four months. For £5 a month I've managed to download 5 Pixies albums, 1 Belle and Sebastian, 4 Bjorks, 5 Cocteau Twins, 4 Gary Numans, 5 Falls, 1 White Stripes, 1 Polyphonic Spree, 2 Cherry Red compilations, 5 Bauhaus, several Danny Bakers, and the whole of the Fan mail letters - all for free. Apart fromt he £5 a month obviously.
I've bought a hard disk drive for storing all my music on - work gave me a laptop, but I didn;t want to fill the memory up with my music. I've filled up about 20 MBs so far, but I've still got a long way to go.
That's enough for now - I'll be back!
No comments: