I noticed that this speed-camera, on the A20, has been destroyed. While, as an anarchist, I feel that speed cameras should not exist, as someone who lives in the world as it is, and is a pedestrian and a cyclist, I do not support this sort of behaviour. Anarchist almost certainly did not do this. It'll be some right wing speed nut who did this. Someone who believes in his 'right' to go as fast as he likes, a right that does not exist, and fuck everyone else's right to feel safe, and not be injured by speeding cars. 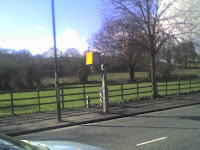 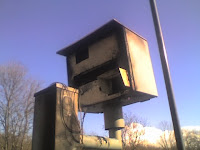 The Dials at Dingwalls

I was there with some friends. The Dials have completed their new CD, and indeed, it was on sale at the venue, with a free T Shirt. so I have both at home. The songs were mostly familiar to me - though I failed to take note of what they played, and I was far too drunk to remember. They were on first, so the rest of the night dragged a bit, until the last band came on - called _______ (name to be inserted).
The Dials finished on a track that let them go a bit Velvet Underground. Something they should do a lot more I reckon. this probably means they need to gain a bit more confidence, and I THINK THEY SHOULD PLAY MORE GIGS IN LONDON!! 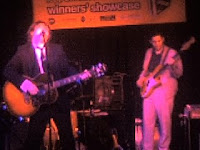 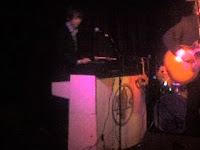 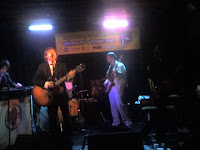 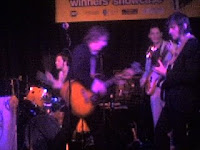 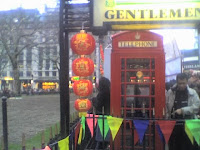 I went to the Chinese New Year celebrations in Soho. It is year of the pig. I especially liked the Met Police ballons with The Met logo above a picture of a pig. I took this while waiting for the firework display in Leicester Square. In previous years I've taken untold pictures, and even videoed the fireworks one year. So this year I took this one picture. And that was it. 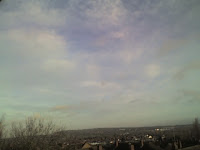 From my bedroom window, looking out towards Essex, via Bexley. If I had a better camera you'd be able to see the Dartford Bridge out there somewhere. I keep trying to get a picture of the green parrots that keep flying around out there, but they're too bloody quick. 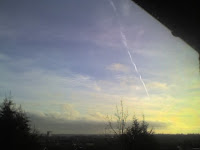 and this is a similar view


My cat and his current favourite sleeping place, can't you tell? 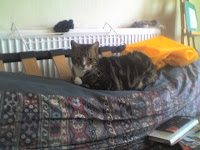 more pictures from my phone 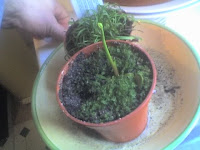 Here is the strange appendage growing from my Venus Fly Trap. It turned out to be something that will flower. Only the guide I'm using recommended chopping it off as it would weaken the plant. So I did just this. The other plant in the picture is also a fly-trapping plant. It has hairy bits on its leaves that the insect sticks too. It's like a more primitive version of the VFT. 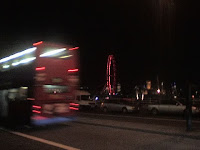 I took this crossing Waterloo Bridge last week. You can see the London Eye in the background. 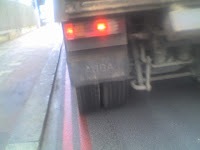 Someone in the haulage vehicle industry have called themselves ABBA with the backward facing B just like the band. You may have to click on the image to see it. 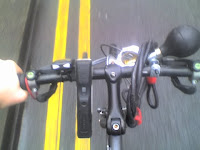 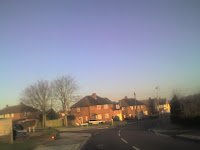 When I left home on Monday the world looked like this. Lovely blue sky, and yet still bloody cold. 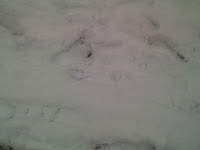 Last week - we had this cold white stuff all over the ground. 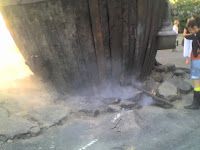 And a flash back to the summer - this was part of the Sultan's Elephant event. It's the spaceship the puppet girl rode into town in.

I've been offered free entry to a Dials gig next week. It's a show-piece gig at Dingwalls. I'm looking forward to it, though don't know who i'm gonna go with yet.

It was fecking freezing yesterday and today - cycling through ice-cold rain. I got all gritty too, as all the grit the council put on the road last week has been sprayed up by my wheels all over my bags, my jacket and my bike.

In case you haven't found this site yet - it can be hilarious, and adictive - take a look:
http://www.sentence-game.com/

I've made a decision not to go to Glastonbury Festival this year. It hurts, but I'd rather not spend the money, or have to endure false joviality with people i barely know and would rather not see. I'll be there in 2008 though.

Undergoing major changes in my life. S and I have seperated and I'm downsizing my life. So far I've chucked bags and bags of stuff, and boxed a lot more ready for possible storage, depending on how much it costs. I'm getting ready to go and live in one room.

I've lost weight, so most of my clothes fit me now. I've been able to chuck the large size stuff, though there's a whole other load of stuff for when i'm thin - good t shirts, jeans, shirts - which i'll have to hang onto for a while.
No comments: 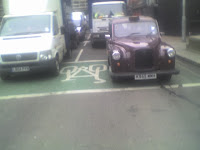 Those ASL pictures just keep a coming. That cab is actually creeping forward as I took the picture. The light is still red. 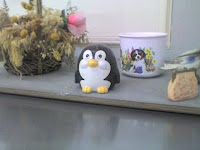 the laundrette i was using briefly - in Mottingham. It's full of kitsch crap, posters of Beckham, and Engerland flags. 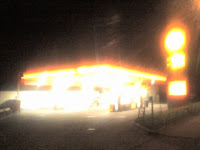 The Shell garage on the A20 - at night - and slightly overexposed. 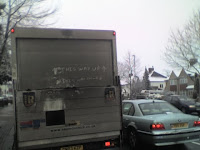 Jeremy Clarkson is out of control. Bloody motoring rights extremists!

A woman is injured after a parcel bomb explodes at the DVLA centre in Swansea, the third such incident in as many days, police say.

I've developed new method of measuring the state of the weather. While cycling to work I count a sample of women I happen to see walking, waiting for buses, etc. and note whether they're in trousers or a skirt.
The percentage of trousered women then stands as a representation of the temperature, wind chill, rainfall, etc in an objective measurement of whether the weather is good (probably a 30 or 40% trouser factor) or the weather is poor (a 90% trouser factor). I may refine this in time. Coats might be a good one to use, low cut tops, shorts, tights, big boots, etc.
Today I noted 82% of women were wearing trousers today. Although this varies depending on where I take my sample. It reached 90% in central London.
Yesterday it was 82% in central London and 90% on the Old Kent Road area.
The samples I use are quite low - as little as 20, in dense areas I counted as many as 100 before I came up with the figure. The sample size has had little affect on the final figure.
MSN Hotmail is evolving – check out the new Windows Live Mail
No comments: