I'm guessing this was taken 1978 to 1979 as at least one of these teachers left at the end of the first year. Of course, it may have been earlier, there are quite a few, mainly at the back, who I just cannot remember.

This was clearly taken later, 1984 or 1985. I've been told 1985, but I'm not convinced. Also, I have no recollection of this picture being taken. I'm at the back. 4th from the right end, standing next to the tallest boy in the world, obviously. I was 6 foot at that point - so he must have been gargantuan! 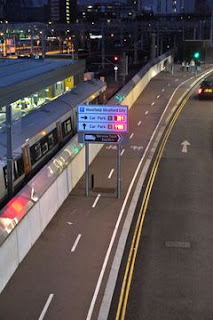 Haven't blogged for a while, but couldn't resist mentioning this travesty which has just appeared in west London