Since outing myself to my boss I've been part of our LGBT network at work. TFL has one of the best track records for this sort of thing - recognised by Stonewall.

My plan was to semi-dress as Stella to get to Baker Street - which was stressful enough! - and to finish up the last touches on site. I arrived amidst massive crowds wearing a red geometric patterned batwing top and black jeans, and shades to hide my eye make up. Then, once i found the TFL bus, I wipped on my ra-ra skirt, took off my jeans and added a little lipstick. Completely forgot about my ear-rings... then the chair of the LGBT network saw me standing lost and alone and took me under his wing. I was introduced to the other TFL  people, some of whom i recognised, and they were absolutely lovely. 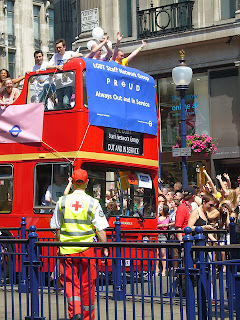 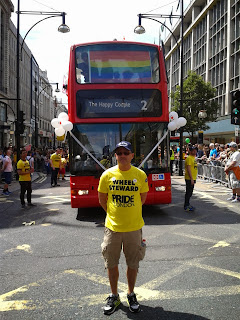 After all was done I wandered about a little dazed at suddenly being alone in the big bad city. I was pulled aside for a phot opp. That's me in red, obvs.

Went into the co-op, my first solo shopping trip en femme, to buy a wrap and some water. then wandered around, ending up in Green Park, having a chilled moment. while there I decided to look up my new lesbian friends from Bar wotever. not suprisingly they weren't too far away - over in Soho. so I joined them for a can of beer and ended up meeting more lovely people than you can throw a stick at. Which you shouldn't do, by the way, not at lovely people....

All in all, Pride did what it was supposed to do. It gave me the confidence to be out as myself out in tn the big bad world... the beginning of a new me I hope.

my most public selfie yet 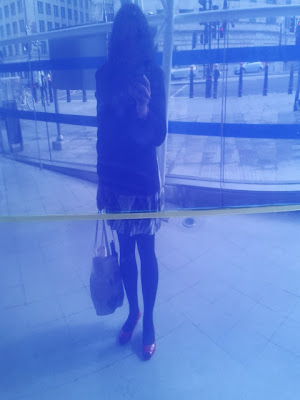 Me in Blackfriars Station - waiting for MsGrumpy off of Twitter
No comments:

Got a thing for orange all of a sudden 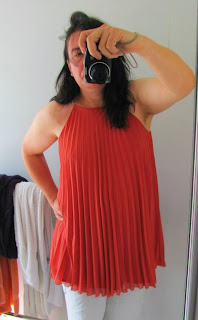 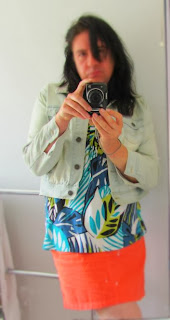